© Retuning of the Elysium Lightbody – The Mystery of Karmic Pattern Resolution 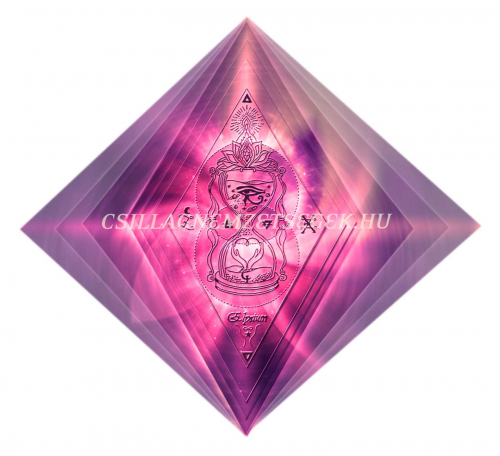 From the detailed teachings described in our book The Galactic and Earthly Keys to the Mystery of Redemption and according to the spiritual messages of the Elysium community lead by Sophia, the Master of Healing we have understood the principles of the resolution of all karmic patterns.

We can know that a karmic pain pattern implies that there has been a dramatic and very traumatic situation in a person’s life, either in their galactic past or in any of their previous earthly incarnations. This situation is held by their soul and conscience as a mistake, a going astray, a sin, an error, a failure. Therefore, a very serious sense of guilt and shame accompanies the echo of the lapse. To unburden from the pattern that grows from making the mistake and carrying guilt for it, it is necessary to redeem or correct the former breech in some way.

On the highest level of their consciousness, a soul accepts that this event has become a karmic root experience for them. This then becomes an organizing principle under karmic law which attracts and offers opportunities for atonement that reveal in their subsequent lives. These opportunities come amid pain, suffering, losses and hardship as the person accepts and allows themselves to fall into a situation similar to the one other people once suffered due to their mistake. They attract the pain they think they have caused, accepting the deficiency, hardship, failure, physical or psychological burden caused by their previous involvement.

This is how the chains of penance cycles are born, which make a deeper and deeper groove in the memory, astral body and Lightbody of the soul. In this way, the groove becomes a very dominant energy pattern in the morphogenetic field. It is as if the soul drew a map of the sufferings to be accepted and attracted into their aura and awareness. Of course, this offers the potential of a great realizing power and that is why we bring the pains, losses and deficiencies upon us—both to do penance and to offer proof of our penance to life.

And yet it does not matter if our penance does restore the cosmic balance with the particular people involved on the other side of the original story. This karmic organizing principle may still remain active until we consciously switch it off.

What happens is that the energetic pattern created by the repetitions written in the different layers of the Lightbody becomes an elemental with its own independent life and consciousness. These can be called karmic elementals as they incite us to repeat various physical and psychological pains or allow them to be repeated in our lives.

Each karmic elemental draws a distinctive and characteristic pattern anchored through certain binding points in our bodies and various layers of our aura. People with similar problems will have a similar karmic pattern as this follows a natural law, an energy organizing principle.

Through the mystery of Elysium Karmic Release, the release keys have been created which can extremely effectively break down the various karmic elementals and the self-harming mechanisms operated by them.

We would like to point out that this is not a ‘Karma takedown’. It is not about eliminating the former karmic experience and the penance cycle derived from that. We must realize that we have accepted the role of a victim many times due to our mistake and so we have done our penance for the burden of our lapses. The karmic elemental formed from these experiences, however, is not able to step out of this wounded track. Since it was born from that pattern it is the only way it knows how act. But by breaking down the karmic elementals with the special method of the Elysium karmic release, a clear field is created at last. As a result, the given soul is finally free to live their life at the highest possible vibration with no suffering.

There are various karmic patterns. They may be manifested in the form of failures and disappointments in relationships. We may struggle with serious existential problems as if an invisible force always lives off the success of our creations and we are unable to make our dreams come true and turn them into life.

This karmic burden may manifest in the form of an extremely painful childhood, difficult family life, infertility problems or having a sick child. This karmic organizing principle may also manifest on the level of our physical body, causing a variety of mysterious diseases and inexplicable symptoms. We cannot recover from the severe whirl of physical pains and we lose control over the processes in our bodies and hope for recovery.

The specific energy formations of the karmic elementals can be broken down now with the help of the wonderfully powerful release keys of the Elysium Karmic Resolution and certain magical bindings and vows of poverty can even be resolved. Thus, a completely new creative cycle may begin where physical and mental pain will no longer be the organizing principle.

We wish with all our heart that this mystery may bring a profound and thorough improvement in the well-being of many. Of course, we emphasize that this is an alternative method that does not replace a specialist’s diagnosis and care.