The Celebration of the Fall Equinox – 23rd September 2022

The sacred celebration of today’s Autumn Equinox is actually a celebration of the ancient relationship between Mother Earth and humanity, which has a tremendous global impact.

On November 11, 2017, following the guidance of Sophia, the greatest healer of all Life, at the request of Mother Earth, we were called to take part in the series of anchoring the 13 New Seeds of Life which have appeared in the space of the planet. We followed a special rite called “creating the Redemption key formation” above the newly prepared Cradles of Life of the etheric chakra vortexes and ancient sacred sites of Mother Earth in the past years, working on the given site at each time.

During the beautiful sacral ritual in 2018 Fall Equinox, we guided in our group, from among the ancient sacral places and main energetic centers like the chakra vortexes of Mother Earth, we worked with the throat chakra vortex of the planet. We could understand that Gaia actually reveals herself in two significant moments of the year to pour out her messages to all the creatures of the Earth. It is during the Spring and the Fall Equinox. In the springtime, we mainly receive the program of the Divine Plan of the given year and then in the fall we can realize the possibilities of fate correction through which we can correct the mistakes we have possibly made so far or the consequences of the steps we have missed to take.

This year, this moment could be called “the power of the inner Light shining through the shadows.”

We are in such a globally aggravating situation that permeates the 3rd dimensional existence, in which humanity, which is just recovering from the covid terror and suffering from a kind of latent post-traumatic stress syndrome (PTSD), is threatened by the big-power political players in another artificially generated cycle of recession and inflation, another serious energy crisis and the threat of war is projected around us.
This situation is well reflected by the highly charged constellation visible in the Antares code of the Fall Equinox, in which the stars of Hamal, Azha, Rho Eridani 1, 2, 3 projecting on the MC, as well as the star Menkar appearing on the Ascending Moon Node in the 10th House. This feels as if the shadow forces paint a picture of a galactic archetypal message, as if the breath of Hell’s porch, imbued with the energies of lust for power, anger, hatred, and fear, has sent dark clouds of shadow over us, obscuring a clear vision of the future, and can suffocate our faith in our designable future.

But the current powerful fate correction message expresses precisely that it is more important than anything else to consciously reverse course and remind ourselves of the cosmic principle that the true process of creation proceeds from the inside out. Moreover, this is crucial in this Year of the Unicorn, in which reclaiming our creativity is the main initiatory principle.
So we must take our attention off of the dark painted sky of the 3rd dimensional playing ground and turn our attention inward. To go deeper and deeper until we get through the feeling of being lost, the helplessness and anxiety of the isolated little man of Procyon projected on the 12th House Cusp. Then we have to get there to be able to stand in the re-illuminating center of our innermost core. (In the middle of Castor and Pollux’s force field)
And this is how we can achieve the inspiring optimism, determined will to live and renewed faith in the power of our creations of the current Leo Ascendant, which is also supported by the stars of Merak and Pherkad. And in this way, we can cleanse the feelings of our 1st House Leo Moon and replace the foreign feelings and fears provoked from the outside, the anxieties of existential uncertainty with a feeling of trust and reliance on ourselves and the sustaining power of life. (Moon – Ceres conjunction)

And then we can get to the real power point and essential message of the current moment of fate correction, which unfolds in the beauty of the conjunction of Venus shining in the prominent 2nd House together with the Sun-Mercury conjunction just entering the sign of Libra. In this balance found from within and achieved through our own intellectual, individual work, we can really start to create. Knowing from the inside out, with full faith and trust, with the mystery of quantum creation, that the creative ideas launched in this way are completely independent of what is arranged around us. We decide what and in which reality we live, what principles we adjust our lives to, and what we place our faith in. In addition, a beautiful angelic blessing accompanies this alternative destiny-creating moment from Avior, Alkes and Markeb.
While the strong 10th House, with its liberating power of Uranus and Mars united in it, is able to take our Ascending Moon Node beyond the artificial shadow clouds, where the Light already shines with eternal light and calls us to a new, higher life , which we can draw from the knowledge of our multidimensional existence. And then the power game systems here become weak and manageable, which We control and not the other way around. …

So let us listen to Mother Earth and the masters of the Unicorn stellar nation today and receive the heart-healing messages deeply into our souls and bodies that are now pouring out.

Wish you a blessed Equinox celebration!

Image by Erik Shoemaker, many thanks to the artist! 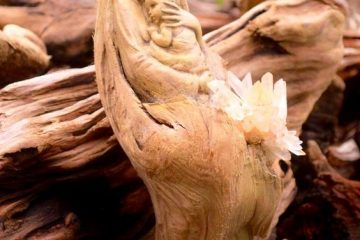 This time we would like to call your attention to a very nice constellation that will permeate the following days with its gentle lights. Two initiating rays from the pathway of the Stellar Nation of Read more… 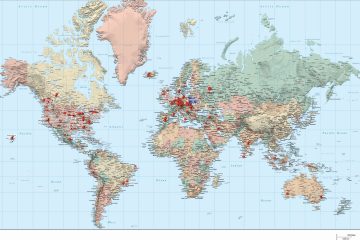 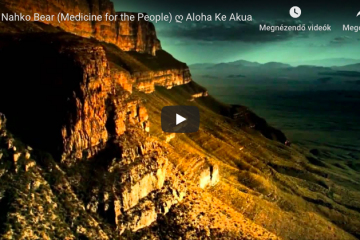