The message of the Celestial Snake – 9 November 2020

A typical analogy of Chiron / Kheiron unfolded from this stellar ray. Kheiron was the most famous centaur healer and teacher; he tutored many heroes, including Achilles, Asclepius and Jason, who learned the art of swordsmanship and medicine from him. The word about his miraculous healings spread everywhere, even Apollo took lessons from him. At an unexpected moment however, he was mistakenly hit by Heracles’ poisoned arrow and thereby condemned to suffer agonies. As he, who had healed so many people before, in fact, he had even resurrected many from the death; he was now unable to heal himself. His suffering could only be ended by sacrificing his immortality – he gave that to Prometheus, and he gave his body to death, so he could escape from the pains.

We recalled all this just as to imply the essential message of this stargate.

As it turned out to us, the Delta Serpentis is about the healer experiencing some kind of an analogy of the snakebite, emotionally or physically – a terrible pain. As if a snake bit into your soul emotionally, or as if the given situation cast its demolishing poison into you, and despite all that, you still tried to help others and perform your healing service while struggling with this inner pain of yours ceaselessly. But in this case, we do not have to give up the immortality of our soul, in fact, you can even prove to become a better, truer, more creditable healer, because you learn to help better from your own pain, which you have burnt through your inner self.

“It is the eye of the Snake, which carries the energy of the recognitions. To look at my enemy, opponent or the person who hurt me and realize what the situation that s/he brought and created means to me. To realize the key of learning. So this is a very important gate of recognition, which can be a great help. As this quality can be recognized even in the archetypal figure of the snake being, it is actually about being able to see through everything clearly, to be able to expose or reveal anything with the power of this ray. It will also help us reborn from the certain pains, by recognizing the real roots of that situation. After the dramatic breakdowns and disappointments of our lives, we can often feel that we get stuck in the “state of this snakebite” for long years even, that we are incapable of recovering until we come to a certain recognition and understand what we had to learn from all that, how we became strong despite and due to that, and how we got closer to our real self.”

So we should be really aware and careful in these days and use the wisdom and self-healing power of the cosmic Snake!

Image by Miesis, many thanks to the artist! 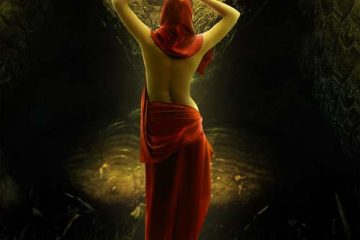 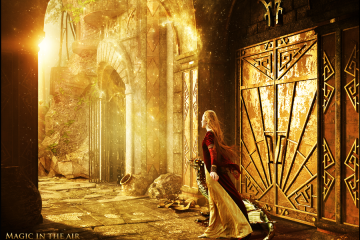 As our Sun enters the Sagittarius, we are touched by the pure soul-fire of the brightly shining inner light. And if we have truly taken responsibility for the depths of our soul and the messages Read more… 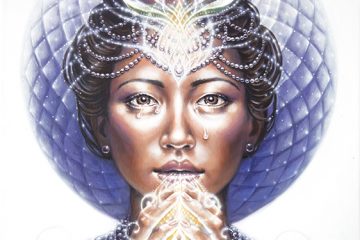