We would like to let you know that beside Spica another powerful star shines upon us – Arcturus – which is the cradle of the stellar nation of the Male Serpents and the home of the Melchizedek Soul.

This period may be the celebration of Sacred Knowledge, when Arcturus, the majestic 8th dimensional star sends its bright shining messages to us through the gate of the Sun.

As an introduction to this, we would like to share an excerpt from our book Stellar Nations – Soul Families in the following:

“The powerful “institution” of the Galactic Council appeared to us, the supreme residence of which can be found in the center of the galaxy, on the border of the 8th and the 9th dimension. All the stellar nations are represented in the Supreme Galactic Council, by the delegates who carry the highest Divine essence of each given stellar nation, and who are able to keep that, endlessly, as an intact primal energy, which they convey towards the individual worlds. As if they were continuously maintaining that purest spiritual and creative essence to which all the stars and planetary spheres must adhere.

Slowly an extraordinary Heavenly revelation was unfolded to us, in which one of the members of the Supreme Galactic Council appeared, surrounded by an almost incomprehensibly pure and radiant light aura and he transmitted an exceptional state of consciousness, towering high above us with his majestic figure. He spoke to us telepathically, while his penetrating look condensed the entire essence of his being – the spiritual completeness of a crystal-clear transcendent knowledge. It was the omnipotent look of an enlightened being that we submerged in, in order to meet him. And as he introduced himself, we understood that he was no other than the Melchizedek spirit, in the complete manifestation of his light body. He is the Melchizedek being, who is one of the Lords of the Eternal Divine Light, together with the other members of the council, on the top of the Divine hierarchy.

Then as he continued his telepathic message slowly, he told us that the Divine creative intention and the highest will had originally trusted the keys of Knowledge to Him and to the representative of the Stellar Nation of the Bears in this Council. So he had inherited the codes and the holy mysteries of the Gates, which lead up to the realization of the Divine reality, and then he had been given a constellation, which became something like the Temple of the Supreme Knowledge.

This constellation is one of the most significant stellar formations of the northern celestial hemisphere, namely the Boötes, the constellation also known as the Keeper of the Bears or the Bear Driver, which refers to the Ursa Major constellation located right next to it. The previously mentioned Arcturus is its brightest, reddish Alpha star. …

After this wonderful and glorious being took his place in the formation of the Boötes constellation, he founded the most important mystery school of this nation – the Melchizedek Order – on the Arcturus star. …

An exceptionally sacred space appeared in the center of the star, which was first surrounded by a very special crystalline golden layer, like an invisibility shield. We had to wait here for a very long time, patiently, constantly maintaining the necessary level of consciousness. And then when they measured the purity of our consciousness and our heart and the intention we were driven by, finally this veil was lifted and the picture of a Tree was revealed behind it. At first, it was a stout, strong-trunked, extensive and incredibly powerful tree. Then this picture dissolved again and suddenly the picture of the Holy Tree of Life appeared behind it, known from the Kabbalah, shining in brilliant golden and bluish-purplish lights, which again made us stand in the silence of reverence. Then almost instantly, the transmission of the messages began and we could hear the impulse that this heavenly revelation was the Tree of the Twelve Knowledges, which is also the Tree of the Twelve Sciences.

And beyond this Tree, the entire spirituality of the Melchizedek soul was almost palpable, and it was understood that the Tree of Life, which is remembered in the Kabbalah too, is one of the greatest secrets of the masculine Serpent. …”

We described this exceptional heavenly location and the reality of the 12 Knowledges, as the 12 mysteries of Melchizedek in the chapter about the stellar nation of the Male Serpents. This wonderful spiritual dimension has been guiding all the initiations of the year 2015, having transmitted great knowledge and invaluable teachings to our group.

We received the ritual of forming the Mer-Akai protective shield too, which is the basis of our regular Saturday joining ever since.

So let us open the inner senses of our mind, heart and soul, which long for the light, wisdom and Divine Knowledge, so that we may receive further messages and mature those into comprehensible teachings.

Image by Malcolm Horton, many thanks to the artist! 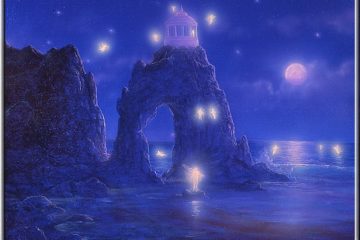 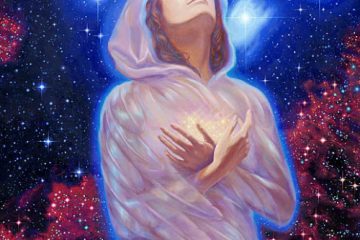 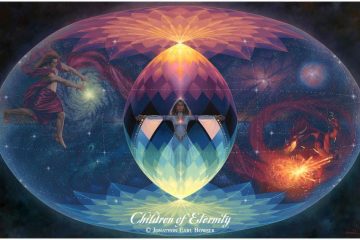